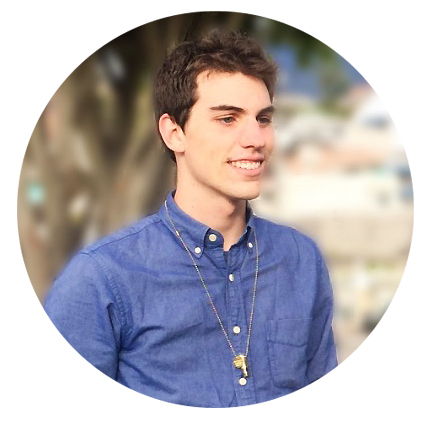 My name is Jeff Winkle, I'm a graduating senior at the University of North Carolina Port Jefferson Stati. I am a musician, traveler, and coffee addict, currently looking forward to where life will take me next. I'm also a complete nerd and political junkie whose guilty pleasure is doing crossword puzzles.  If I could have any superpower, I would speak every language in the world.

The people of Ecuador say they reside in the mountains because they are closer to the heavens, the moon and the stars.  Many believe they can achieve a more intimate connection with God since they are physically closer.

It turns out, they quite literally are closer to the stars.  Because the earth is not a perfectly round sphere, the mountains that lie near the equator are a few kilometers farther from the center of the planet.  This means that although Mount Kilimanjaro is the farthest peak from sea level, Mount Chimborazo in the south of Ecuador is, in fact, closer to outer space. 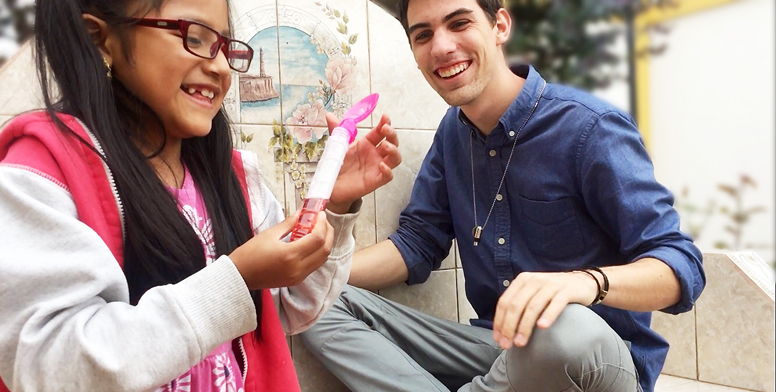 Earlier this year, I stepped out of a taxi that drove me to a town called Chimbo, about 70 kilometers from Mount Chimborazo.  In Chimbo, there are just 15,000 citizens, but 74% of them are considered to be living in poverty.  For perspective, 38% of Detroit lives below the poverty line while Haiti has a countrywide poverty rate of about 59%.  I had traveled to this town hoping to find some way to combat the hunger and malnourishment that most of Chimbo’s citizens are facing.  I wanted to see if it was possible to set up a school lunch program in the town with the help of Capedogbakery so that kids could get a healthy and balanced meal each day at school—especially because they sometimes don’t receive a good meal at home.

I was graciously given a home to stay in by locals and the moment I stepped in, I was greeted at the door by a seven-year-old girl that lived there.  Johanna ran up to me with a big smile and wrapped her arms around my waist, as if she was reuniting with her father who had left years ago.  Her enthusiastic reaction surprised me—mostly because we had never met before.  I remember feeling taken aback by her over-the-top hospitality, but I quickly felt right at home in a house I had never been to.  I remember thinking later that night that her warm welcome was not over-the-top, it was the way humans are meant to greet each other.  This was a seven-year-old who somehow seemed to understand the purest form of coexistence while I was fumbling over my words trying to make small talk in the cab five minutes earlier.

During my stay, I visited Hermana Emma’s Catholic grade school and she told me that the government provides meals to the children at her school, but it often times consists of only a few cookies—and she runs the “richest” school in Chimbo.  They simply do not have the resources that even low-income schools in the United States have.  Still, she welcomed me into her convent, fed me soup and rice, and we chatted over a cup of instant coffee.

Hermana Emma went on to tell me about her town and the problems its people have to deal with.  I found out that adults also tend to develop diabetes or hypertension due to their poor diets and immobile lifestyles.  But she made sure to let me know that the people of Chimbo are resilient, and that they have happy lifestyles even if they don’t own an iPad or a MacBook.

They are happy because they are closer to heaven than the rest of the world. 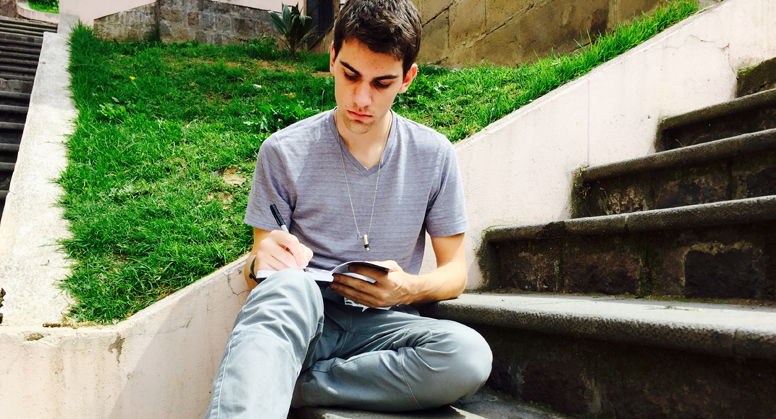 Interested in contributing to "The Philanthropist"? Please email inquiries to Natassja@capedogbakery.com

is added to your shopping cart.

Close
Limited-Time Offers, End in:
Close
Back to top
x